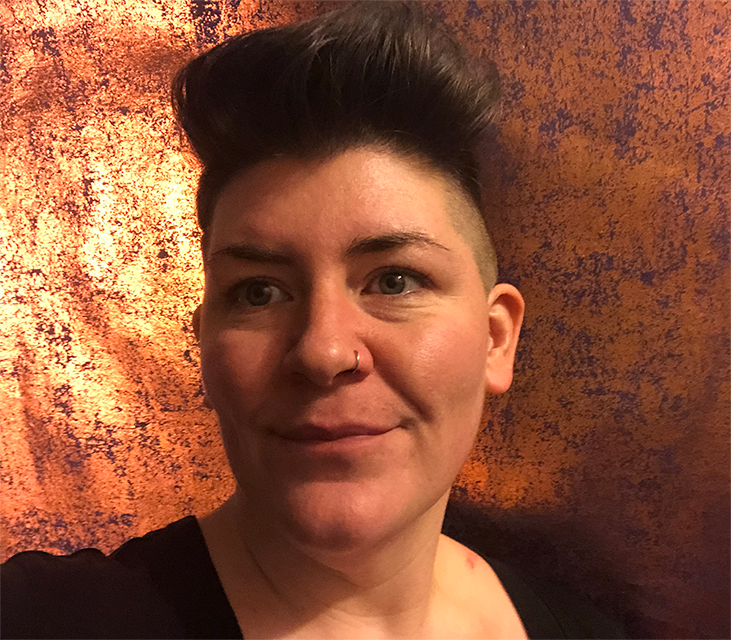 Michelle Wenderlich (pronouns: they/them) has worked, toured and recorded with many of the top early music orchestras and conductors in Europe, such as Akademie für Alte Musik Berlin, Leipziger Barockorchester and Die Kölner Akademie, as well as with innovative crossover groups like Solistenensemble Kaleidoskop and Pera Ensemble. They work locally with La Grande Bande, Bach Society of Minnesota, Consortium Carissimi, and Flying Forms. After studying with Joe Carver at Stony Brook University they moved to Europe for early music studies with Dane Roberts at the Frankfurt University of Music and Performing Arts. They also have performance degrees from the Orchestra of the Enlightenment and the Formation Supérieure of the Abbaye aux Dames de Saintes, in cooperation with l’Orchestre de Champs-Elysées, specializing in period classical and romantic orchestra and chamber music. They have been featured as a soloist, especially for Viennese bass repertoire, at the Limberger Musiktage and Baroque Nights in the Frankfurt area. They received the Edith Salvo Music Prize at Stony Brook and were supported by a Postgraduate Fellowship from the Heinrich Böll Foundation for musical studies in Germany. Michelle moved back to the US for doctoral studies and is currently completing a Ph.D. in human geography while remaining an active performer.