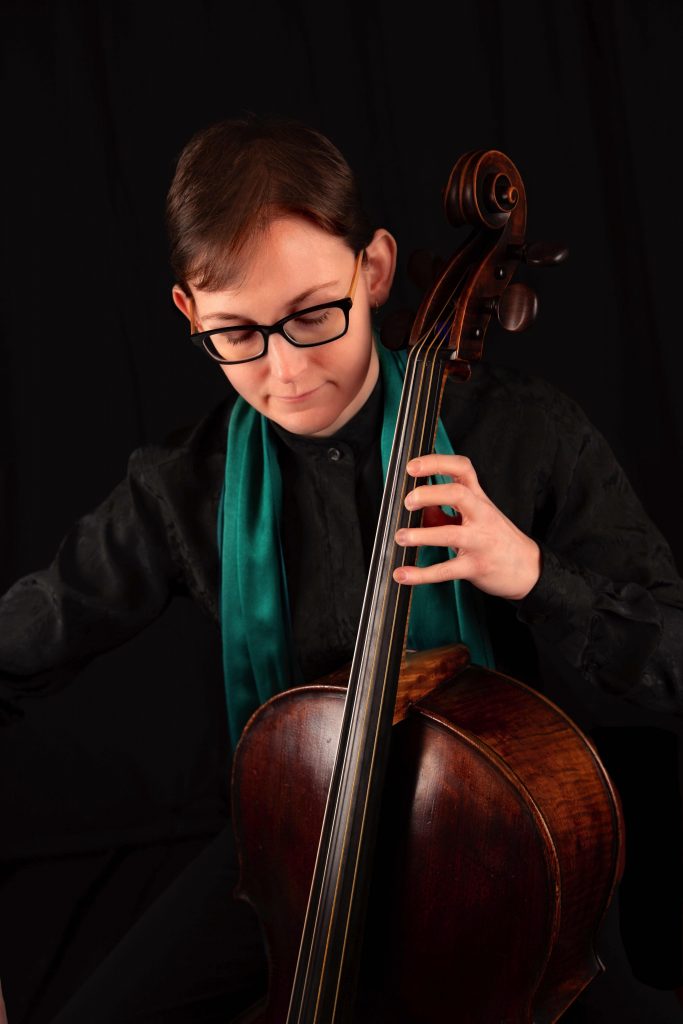 Hailed by the Minneapolis Star Tribune as “nimbly expressive” and possessing “warmth and sensitivity”, Baroque cellist and violist da gamba, Maryne Mossey, is an active performer and teacher based in the Twin Cities. She has performed regularly at venues ranging from Carnegie Hall and Merkin Concert Hall in New York, to the Baroque Room and Sundin Music Hall in Minnesota, with such ensembles as Ensemble 212, the New York Youth Symphony, and the South Dakota Symphony Orchestra. On Baroque cello and viola da gamba, she currently plays with La Grande Bande, and Lyra Baroque Orchestra, as well as other collaborative early music projects around the upper midwest.

Maryne was selected as violist da gamba for the 2019 American Bach Soloists Academy. She has also performed at workshops for the Amherst Early Music Festival and International Baroque Institute at Longy. Maryne’s teachers have included cellists Jerome Carrington (Juilliard Pre-College), Clive Greensmith (Tokyo String Quartet), and Marcy Rosen (Queens College). Her studies in early music have been with Julie Elhard, Sarah Cunningham (Juilliard), and Phoebe Carrai (Juilliard). She holds a Bachelor of Music degree from Queens College and a Masters from the University of Minnesota. Maryne plays on an 1806 Thomas Dodd cello and a 1991 François Bodart viola da gamba. Maryne resides in St. Paul with her two Italian greyhounds.