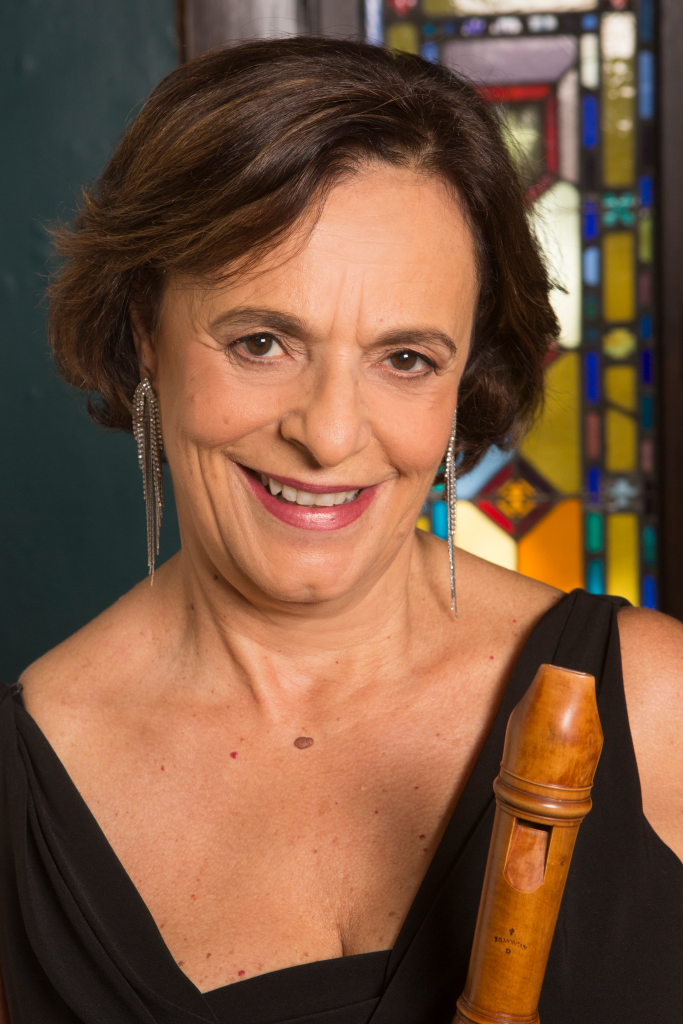 Brazilian recorder player Cléa Galhano is an internationally renowned performer of early, contemporary and Brazilian music. Galhano has performed in the United States, Canada, South America and Europe as a chamber musician, collaborating with recorder player Marion Verbruggen, Jacques Ogg, Belladonna, Lanzelotte/Galhano Duo and Kingsbery Ensemble. As a featured soloist, Galhano has worked with the Saint Paul Chamber Orchestra, New World Symphony, Musical Offering and Lyra Baroque Orchestra.
Among other important music festivals, Ms. Galhano has performed at the Boston Early Music Festival and at the Tage Alter Music Festival in Germany. Venues at which she has performed include Wigmore Hall in London, Weill Hall at Carnegie Hall and Merkin Hall in New York, and Palazzo Santa Croce in Rome, always receiving acclaimed reviews. Ms. Galhano was featured at the Second International Recorder Congress in Leiden, Holland in 2006, at the International Recorder Conference in Montréal in 2007 and 2013, and at the ARS International Conference in Portland, Oregon in 2012.
She gave her Weill Hall at Carnegie Hall debut in May 2010 and her second Weill Hall recital in December 2013 with the international Cuban guitarist Rene Izquierdo.
Galhano studied at Faculdade Santa Marcelina in Brazil, the Royal Conservatory (The Hague), and the New England Conservatory of Music in Boston, earning a LASPAU, Fulbright Scholarship and support from the Dutch government. As an advocate of recorder music and educational initiatives, she served for six years on the national board of the American Recorder Society. Ms. Galhano recently received the prestigious 2013 McKnight fellowship award, and MSAB Cultural Collaborative and MSAB Arts Initiative grants.
Currently, she is the Executive Artistic Director of the St. Paul Conservatory of Music and a faculty member at Macalester College, Music Director of the Recorder Orchestra of the Midwest, and has recently been appointed Adjunct Lecturer in Music, Recorder at HPI, Jacobs School of Music, IU.
Ms. Galhano has recordings available on Dorian, Ten Thousand Lakes and Eldorado labels and she is the recipient of the National Arts Associate of Sigma Alpha Iota.
Facebook-f Instagram Twitter Youtube Spotify