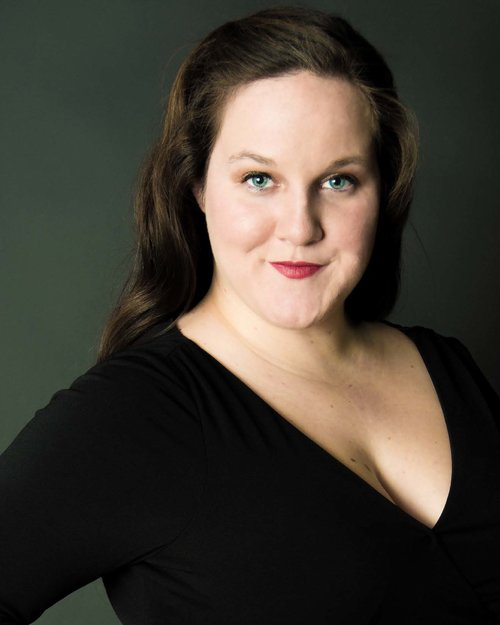 Catherine Sandstedt, Coloratura Soprano, is a native of Columbia, Missouri. She currently resides on Long Island, New York where she has recently completed her Masters in Vocal Performance at Stony Brook University and is currently pursuing her Doctorate of Musical Arts (DMA). At Stony Brook, she studies voice with soprano, Brenda Harris. Ms. Sandstedt looks forward to performing in Purcell’s Dido and Aeneas (First Witch and Second Woman) as well as Mozart’s Il re pastore (Elisa) at the Staller Center for the Arts at Stony Brook University. Ms. Sandstedt has enjoyed many performances while at Stony Brook, namely performing the role of Mélisande in the adaptation of Debussy’s opera Impressions de Pelléas. In addition, she has performed with the University Orchestra as a soloist for Handel’s Messiah; performed a duet from Derrick Wang’s new opera Scalia/Ginsburg, with the composer himself playing the piano; and performed the premiere of Nathan Heidelberger’s work, “Come il vento tra queste piante” with the Contemporary Chamber Players.

Ms. Sandstedt currently teaches voice at Suffolk County Community College as an Adjunct Faculty member. She has taught students for over 7 years, not just voice but also viola, violin and piano. Ms. Sandstedt enjoys working with students of all ages and musical backgrounds, hoping to help each student find their confidence with music, develop safe and proper technique and also help to expand their knowledge to better understand the theory behind the music each student is learning.

Before moving to New York, she received her Bachelor of Music in both Voice and Viola Performance from the University of Missouri where she studied voice with Ann Harrell and viola with Leslie Perna. She worked closely with Christine Seitz on many operatic performances before she graduated in 2016. Performances include Le Nozze di Figaro (Susanna), Gianni Schicchi (Nella) and The Crucible (Mary Warren).

In addition, she has performed at OperaNEO, which is based in San Diego, in Handel’s Rinaldo (Almirena) and Gluck’s Armide (Lucinde/Plaisir).

Not only does Ms. Sandstedt perform as a soloist, but she has had the great pleasure to sing with the Marble Collegiate church choir in New York City. But that is not where her choral work ends! Ms. Sandstedt is a member of Vox Nova, which is a small choral ensemble of 16 singers. Vox Nova consists of established music educators, conductors, and professional vocalists.

In addition to these activities, Catherine has competed in many competitions. She participated in the Kentucky Bach Choir Competition last spring as a Top 10 Finalist in the Live Round; she was alternate for both Voice and Viola in the MTNA (Missouri Teacher National Association) State-Level; she placed 2nd in the Senior Women division at the 2015 National level of NATS (National Association of Teachers of Singing) in Greensboro, North Carolina. She also received 1st place in the Junior Women division at the Regional NATS in 2013.